Qufu, Shandong, is famous as the hometown of the Yellow Emperor and Confucius. But besides dozens of stone turtles guarding the memory of ancient sages, there is one more interesting thing to see in this town: a variety of electric vehicles that the locals use to get around and to move stuff.

Electric bicycles and scooters are nothing unusual for China: for several years now, many cities now have more of them than the regular kind, and they may have become the most common means of private transportation in some metropolitan areas. What I found interesting in Qufu, however, on my visit in January 2011, is the abundance and variety of larger, three-wheeled vehicles often seen there. They seem to be much more prominent in Qufu than in bigger cities I visited in more southern provinces, such as Nanjing, Wuhan, or Xiamen. I don't know if the difference is due to a difference in legislation between Shangdong and other provinces, or this is primarily due to difference in residents' financial means (i.e., perhaps a person in Nanjing who's in a trade that requires him to move stuff would be more likely to afford a pickup truck?).

Anyways, here are a few pictures: some from a shop where these vehicles (as well as more conventional 2-wheeled electric bikes and scooters) were on display, and some from the streets. All pictures are clickable. 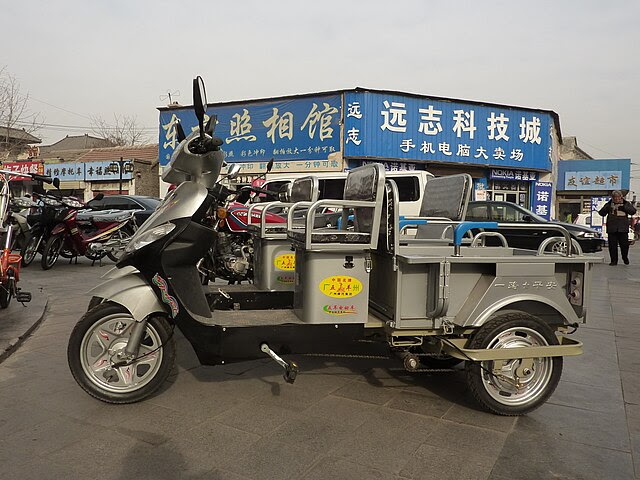 The "vehicle" has pedals, and presumably can be moved on pedal power if necessary (say, you've run out of charge in the battery), although I suppose it would not be a particularly pleasant thing to do. 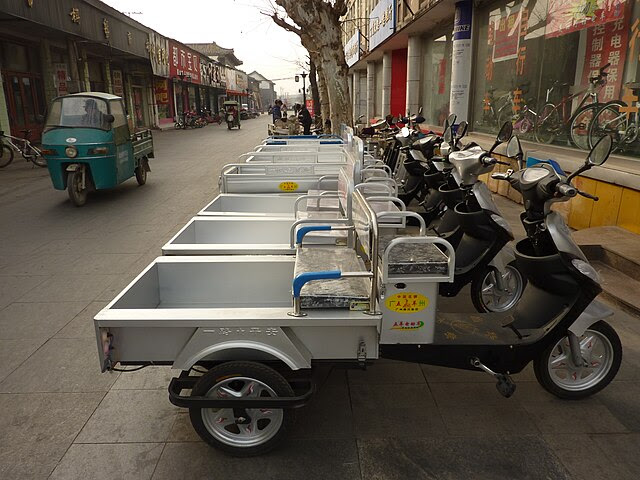 Another model for sale, and a couple more - with a bit more protection from the elements - going down the street. 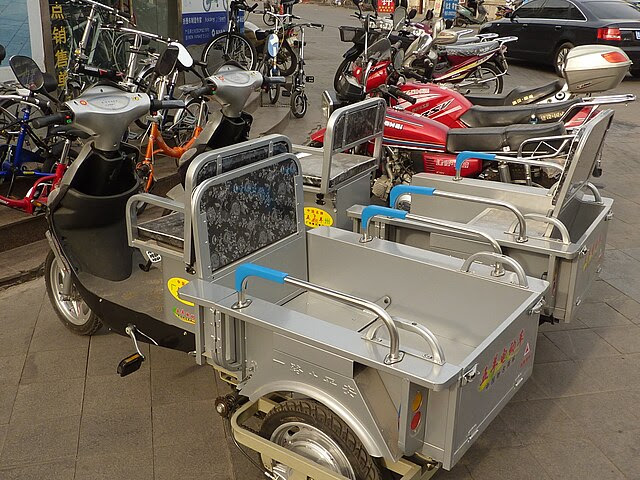 Another view. Apparently the back of the "vehicle" can be configures as needed, either with a bench for passengers or with more cargo space. 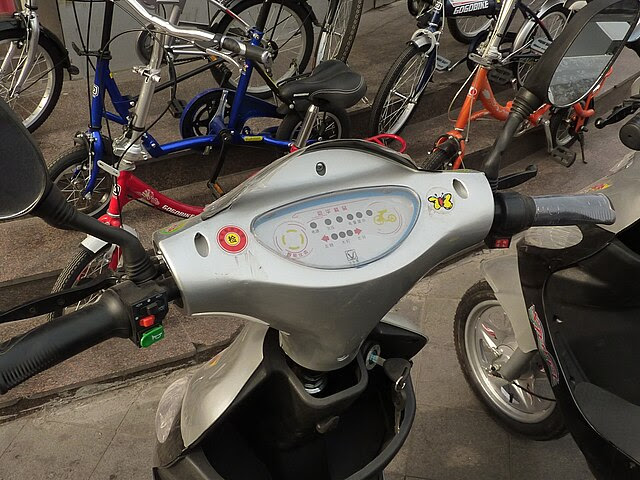 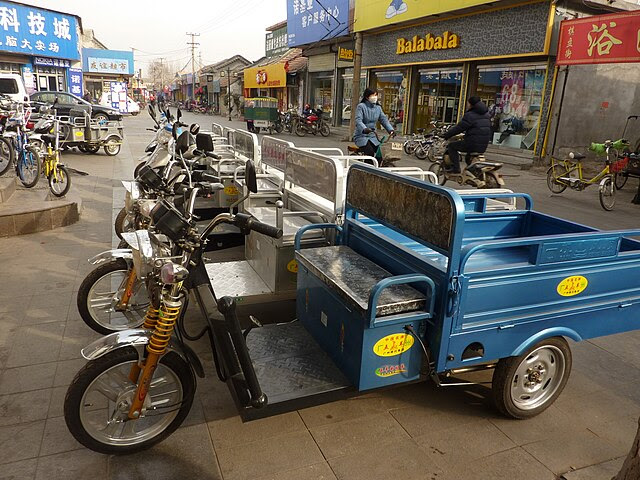 Yet another model - this one seem to have no pedals, so probably is purely electrical. 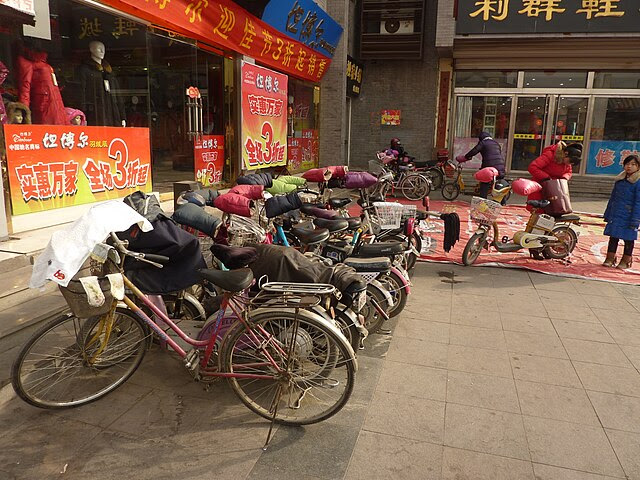 Winters are pretty cold in Qufu, definitely below freezing. But this does not deter bicyclists. Most bicyclists (and drivers of the three-wheel contraptions) in Qufu have "mittens" of sort attached to the handlebars, to keep hands warm. 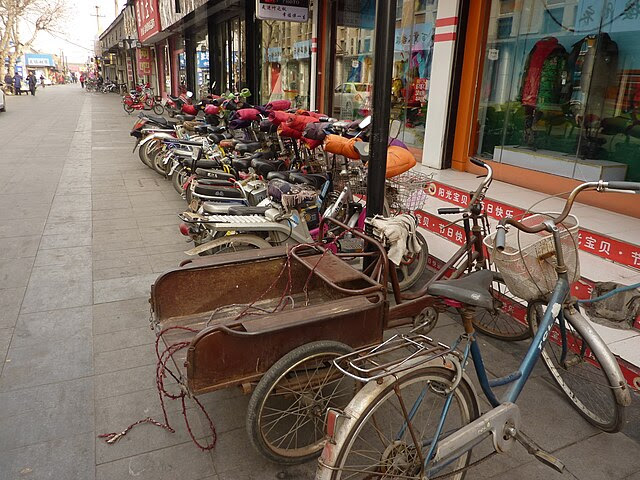 Local drivers, I assume, are not surprised by electric trikes, since they must have been long used to the original, pedal-only variety. Here's a pretty old specimen of those - now not as common as in the days of yore - against the background of an array of electric bikes. 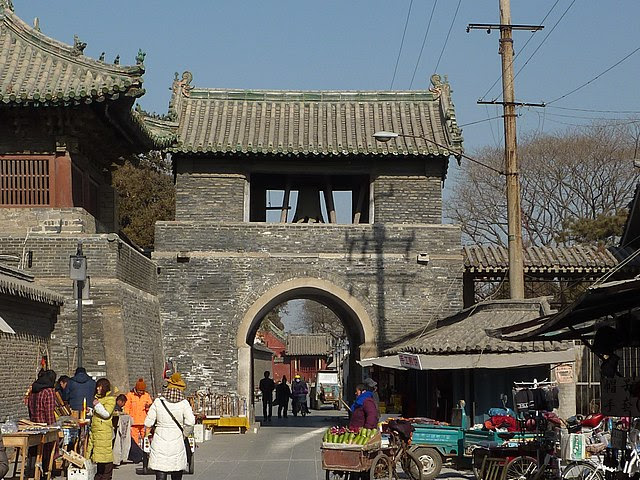 Here's one of those traditional "cargo bikes" (trikes) in use by a vendor next to Qufu's Bell Tower. Apparently no electric vehicles in this picture; but it gives an idea of rather relaxed traffic on a slow winter morning in Qufu. The building in the middle is Qufu's Drum Tower, so it is the center point of the city. In the summer it would all be thronged with tourists. 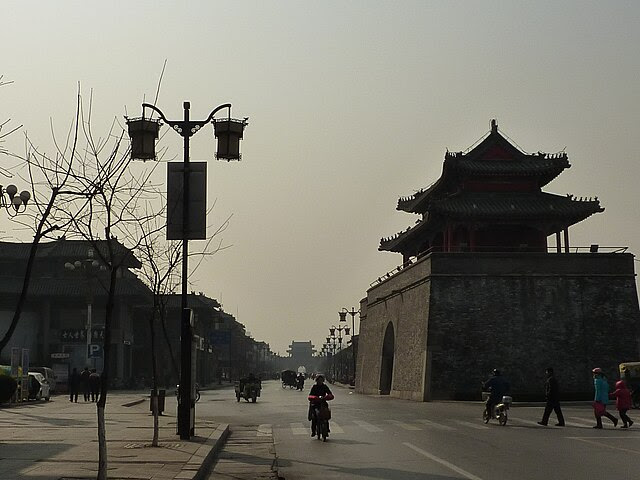 And here, it seems, all vehicles in site are electric! (Outside of Qufu's Mosque, just west of the walled city). 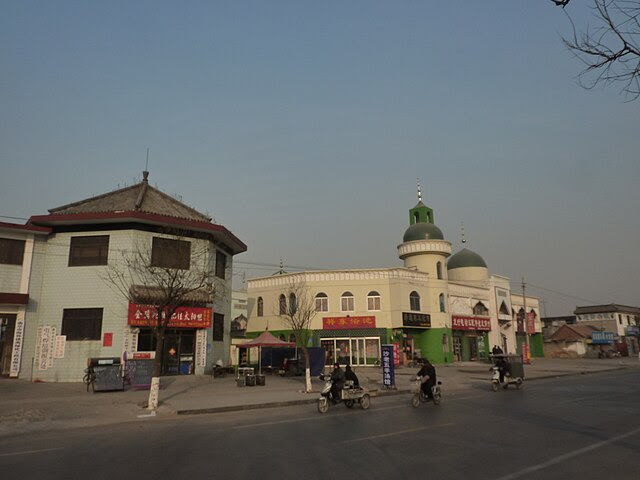 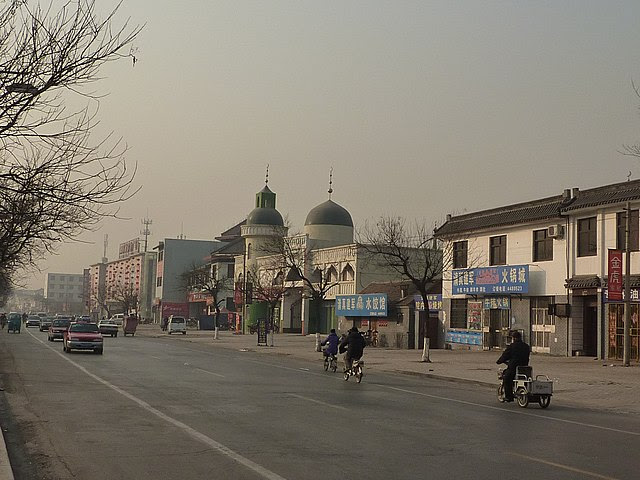 Sharing road with cars.
There are a few more pictures of the local bike shops etc. here.
Posted by Unknown at 10:04 PM